There is an incredible amount of value in a clean slate and an empty inbox every day. Instead of burning up hours on an endless stream of interesting (but ultimately useless) content, I am faced with a blank page and a free block of time to write, code, design, create and explore on a much more frequent basis.

I suffer from a plague of options. It used to be sufficient just to weed out the ones I wasn’t capable of pursuing. Then I filtered out those I found uninteresting. Now it’s gotten to the point where I have to choose between Awesome Opportunity A and Amazing Situation B, and it’s hard work.

For instance, I stopped being a GeekDad last month. I hadn’t been writing much for them anyway, but declaring it over meant that I could unsubscribe from mailing lists, close my “story ideas” file, clear the Moo Cards out of my wallet, and generally stop worrying so much about missing (self-imposed) deadlines. I was a little sad to lose the opportunity, but I was overjoyed at this new clear space in my life. My inbox actually reached zero!

I’ve also decided not to worry so much about the kinds of opportunities I’m offered. When I have a dozen choices for college, any one of which will give me the opportunity to learn what I need, it doesn’t matter so much if one of them doesn’t turn out. (Mind you, MIT would have been impressive. It’s just that wherever I end up will be just as useful.)

Instead, I’m creating more. Note that I didn’t say starting more projects, because that way lies madness. The focus now is working, not starting. Completion, not ideas. If you know me at all, you know how difficult that can be. 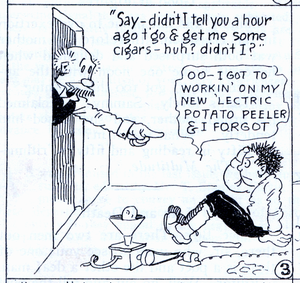 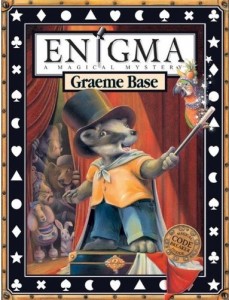 No, that’s not a typo. Graeme Base’s newest book Enigma can teach kids about cryptography, but it deserves an extra “crypto” for the clever way the subject is hidden in a story about magic, friendship, and family. Bertie Badger visits his grandfather, the retired magician Gadzooks the Great, and learns that he and the other residents have all lost their magical items. Bertie offers to search for them, meeting each of the quirky ex-tricksters in turn. The search itself is fruitless, even after the perpetrator (Grandfather’s rabbit Enigma) is found, but Bertie saves the day by showing where true magic comes from. 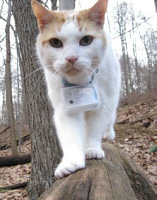 OK, so he’s not a mutant, but he’s no ordinary cat. Mr. Lee has been outfitted with his very own CatCam, designed and built by his owner, J. Perthold, from a keychain digital camera and some custom circuitry. The CatCam provides a peek into the daily adventures of Mr. Lee as he prowls the neighborhood.

The success of the original Mr. Lee CatCam has spawned more feline tech accessories, like the CatTrack GPS tracker and the forthcoming CatCam Live, a CatCam with integrated antenna for broadcasting live TV feeds. Each has detailed (but accessible) technical specifications and build notes; it’s obvious that Perthold is a real enthusiast. 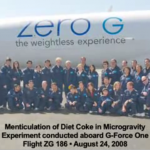 Robert Woodhead, self-described Mad Overlord and all-around geek, has posted an amazing amount of detail from his recent experiment in seeing how the Diet Coke & Mentos reaction works in microgravity. It’s a modification of the now-standard geyser-producing demonstration, but with a twist: performing the trick on a Zero G flight and recording it on a high-speed camera. The Youtube video is great, but the expanded description is even better.